3 Reasons Why You Should Incorporate Storytelling into Your Podcast 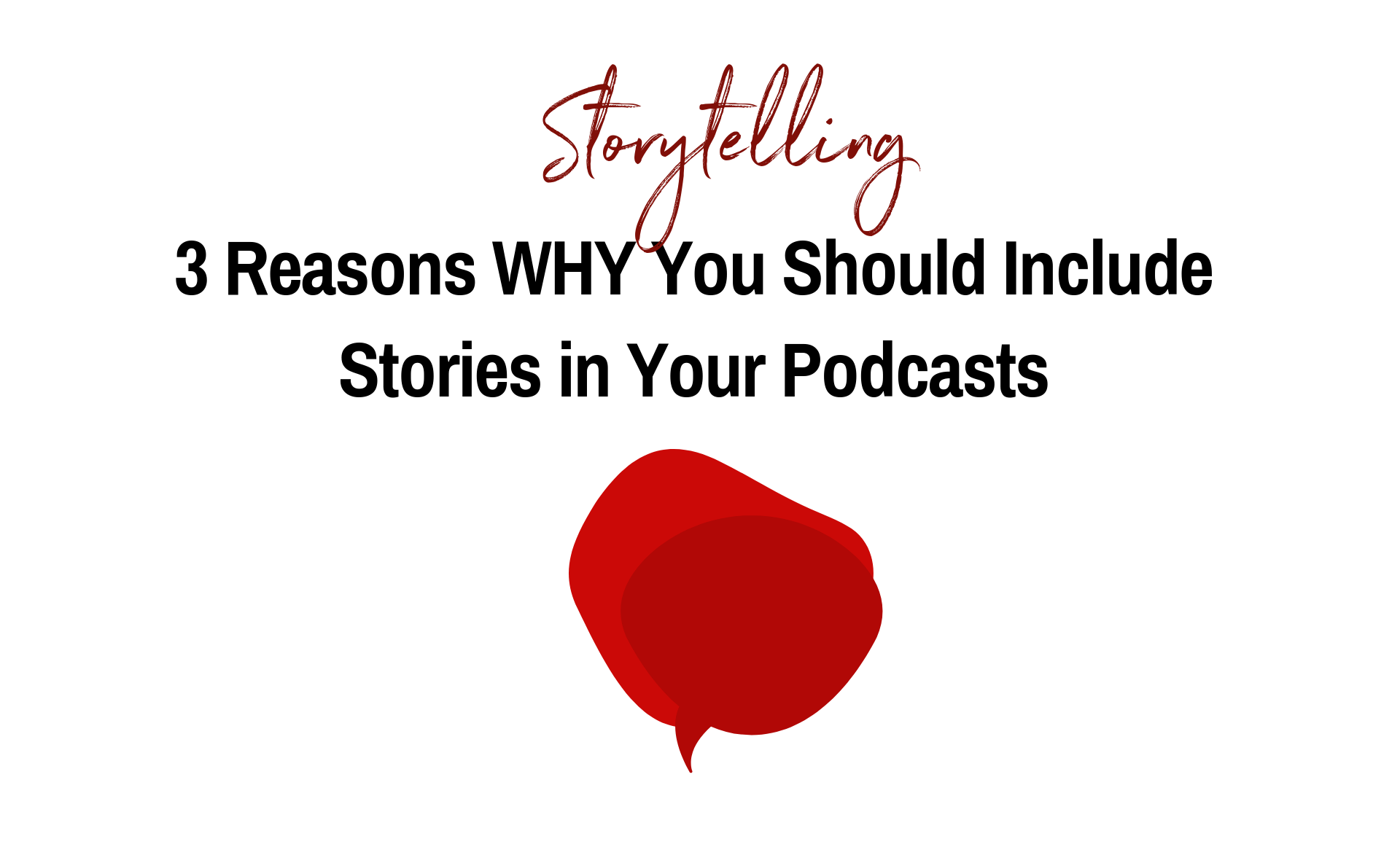 It’s probably a common phrase we can all recall from our childhood’s as we waited with great expectation to find out what journey we were about to embark on in the story that followed.

The power of storytelling has been around for centuries.

Even before the advent of writing with stories being passed from generation to generation around camp fires, through paintings and carvings on cave walls, on clay/stone tablets, or any other method that could immortalize a message.

This is how events were and continue to be passed down from generation to generation through the telling and sharing of stories through the use of various mediums – even today.

I love a great story – whether captured in a book or a movie.

In fact one of my favorite movies of all times is the trilogy of the Lord of the Rings.

From the start of the first episode – Fellowship of the Rings, where Cate Blanchett (who plays the character of Galadriel – an elf queen, known as the Lady of the Woods) begins the story with the narration: “history became legend, and legend became myth and some things that should not have been forgotten were lost…” right through to near the end where Frodo and Samwise Gamgee get to the top of the Mount Doom, ready to destroy the ring.  I’m captured for hours on end by the characters and their journeys.

So why are stories so powerful? And, more importantly, why should you incorporate stories into your podcasts?

Here are three, which prove the impact that stories can have with your audience:

Let’s look at each of these more closely.

And, as your podcast has to compete with busy schedules, so you only have a small window of time to seize people’s attention.

However there’s also something else that can distract the attention of your audience.

According to studies (mentioned in the article ‘The Science of Storytelling: How Narrative Cuts Through Distration’) we spend about half our waking hours fantasizing and daydreaming. In fact, we can have approximately two thousand daydreams a day, each lasting on average up to fourteen seconds.

That’s a lot of daydreaming.

So as a podcast host, not only are we competing with frazzled, busy people and their mental ‘to-do’ lists, we also have to compete with their daydreams.

How do you cut through all that mental clutter?

According to studies, when people are absorbed in a good story they stop daydreaming. A good story can calm our distracted minds so we can then start to pay close attention to the story at hand – often for hours on end.

Imagine being able to capture your audience’s attention – for as long as you wanted.

You can…with a good story!

According to the same studies mentioned above when we are absorbed in a good story, we are not just spectators, but participants.

The article “What Listening to a Story Does to our Brains” explains that when a story is told your audiences brains are activated and stimulated.  Your audience can experience the same story and events you share in your story because a story activates various parts of the brain that only a story can stimulate.

Not only that, but when we share a story that has made an impact in our own way of thinking and our lives in general, the emotions and learnings we share can have a similar impact on your audience too.

“The brains of the person telling a story and the people listening can synchronize” according to Princeton representative, Uri Hasson.

When a story and experience is share you can influence your audience to experience the exact same thing.

The article goes on to mention a case study where through sharing a story a woman was able to synchronize her brain with the listeners. When her frontal cortex lit up, theirs did too.

By telling a story, this woman was able to suggest ideas, thoughts and emotions into the brains of her listeners.

Just by sharing a story.

3. Stories can influence change in people’s behaviours and actions.

According to the article: ‘Infecting an audience: why great stories spread’ telling a person that something should be a certain way does little to sway that person’s viewpoint. In fact, being told they should think or act a certain way only made them skeptical and critical.

However, when a story was told (in this case – a TV show) that presented certain ideas in a non-judgmental way, people were likely to move in the same non-judgmental direction.

The story caused people to become more empathetic with the ideas and viewpoints shared, versus being told how they should think and respond.

Stories can change our brain chemistry and therefore our behaviours and actions.

So when it comes to your podcast, rather than telling people what they should think or do – create a story that is non-judgmental but that allow your message to by-pass people’s resistance.

Let your story by-pass your audience’s skepticism and criticism so they can empathize with you. And when you have empathy and understanding, people will become far more responsive to what you have to say.

Produced over a thousand podcast episodes across multiple Podcast Shows